The Legend of Zelda: Breath of the Wild has been releasing since last year, with a Switch release due in October. A new rumor suggests that Nintendo will begin taking pre-orders for the Switch next month and could release it on June 4th.

The “nintendo pro” is a rumor that has been going around the internet. Nintendo of America’s Switch pre-order page says that they will begin taking orders on June 4th, which is the release date for the Switch Pro controller. 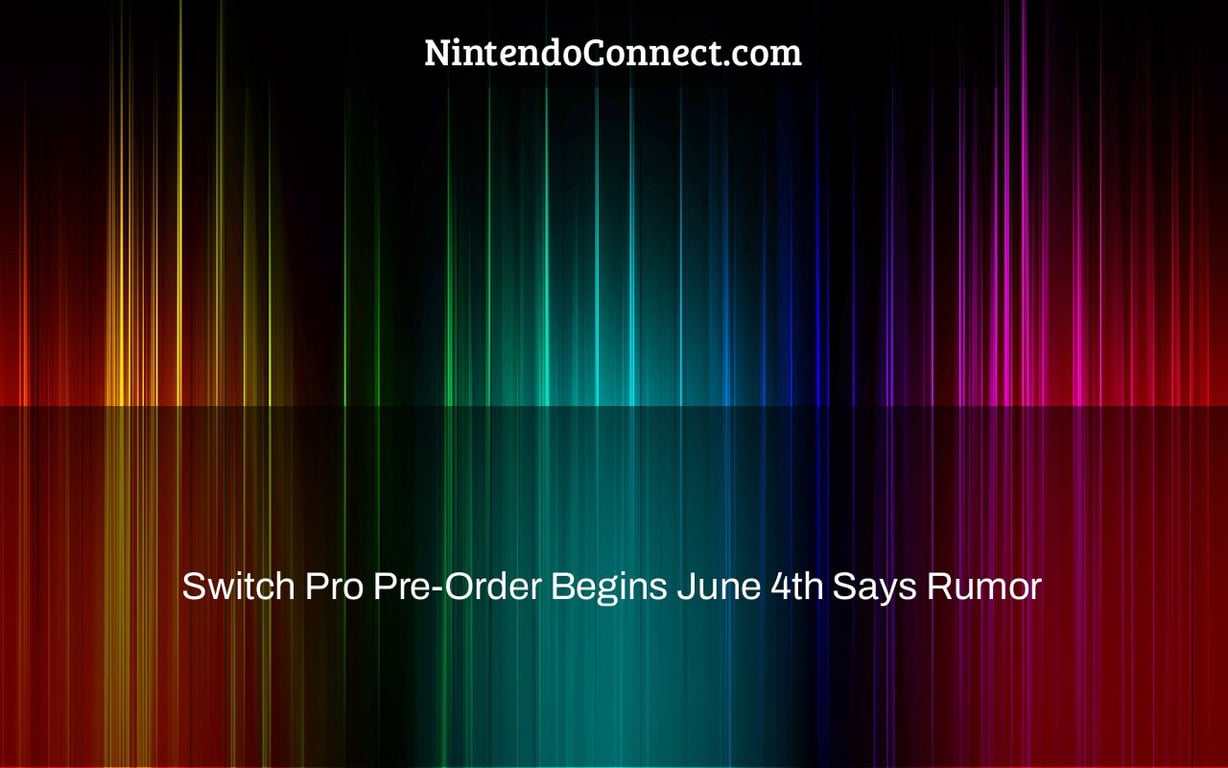 While Nintendo has been silent, this week saw a flurry of stories and information about a new Nintendo Switch system, nicknamed the “Switch Pro.” It was announced that it will be powered by an NVIDIA GPU and would include a kickstand similar to the Microsoft Surface and Ethernet connection. Insiders even speculated on possible release dates, claiming that it will be released in the Fall and hinting to a pre-E3 presentation.

The most recent piece of information is a listing for a “New Nintendo Switch Pro” on Amazon Mexico, which was afterwards altered to a generic product ID number. Shpeshal Nick, a game insider, has suggested that a new Switch system might be announced or revealed on Thursday, June 3rd. Another source claims to have confirmation of a Switch Pro listing coming online on June 4th.

CentroLeaks, a well-known Pokemon leaker, said on Twitter that pre-order listings for the upcoming Nintendo Switch system would go online at midnight on June 4th. This announcement’s particular time zone has not been specified. Regardless, the ad claims to be for a “major retailer’s internal system.” Another tweet from CentroLeaks said that they had another listing with a June 30th release date, which they claim is a placeholder.

We acquired and confirmed a snapshot from a major retailer’s internal system indicating that a new Switch hardware listing would be available on June 4th (around midnight).

For the time being, that’s all we have; the listing currently has no more data or qualities. pic.twitter.com/fhEzNVORNn

A second listing, with a June 30 deadline, is most likely a placeholder.

However, the date of June 4 is unusually exact. https://t.co/f8NhqPAnhe

The June 4th listing is expected to come from a non-US shop, according to fans. If the Switch Pro is shown on Thursday, as Shpeshal Nick claims, pre-orders will likely begin around midnight on June 4th. Fans are also thinking that the listing for the Switch Pro came from Walmart Canada, which has a history of leaking video game information.

Given the current state of affairs, a new Nintendo Switch system might be announced at any time, either via a Nintendo Direct or a shadow-dropped teaser like to the Nintendo Switch Lite. The upcoming Switch console has a number of speculations around it, including a 7-inch Samsung OLED display, NVIDIA’s DLSS technology, a higher pricing point, and more.

Nintendo hasn’t said anything about the prospect of a new Switch system at E3, which is just around the horizon. They have yet to set a date for their E3 press conference. Some speculate that they are holding off on announcing the conference date until the Switch Pro is shown, but we’ll have to wait and see what they have planned.