This reimagining of the original Witcher story follows protagonist Ciri, a young woman struggling to find her way in a world gone mad with intrigue and monsters. Building on CD Projekt Red’s award-winning gameplay found in The Witcher 3: Wild Hunt, Thronebreaker features stunning next-gen visuals and an all new story as you unravel the mystery behind Geralt’s lost love.

Thronebreaker is a game that has received many awards and praise from both players and critics. The game was released on the Switch earlier this year, and it is a must-have for any gamer’s library. 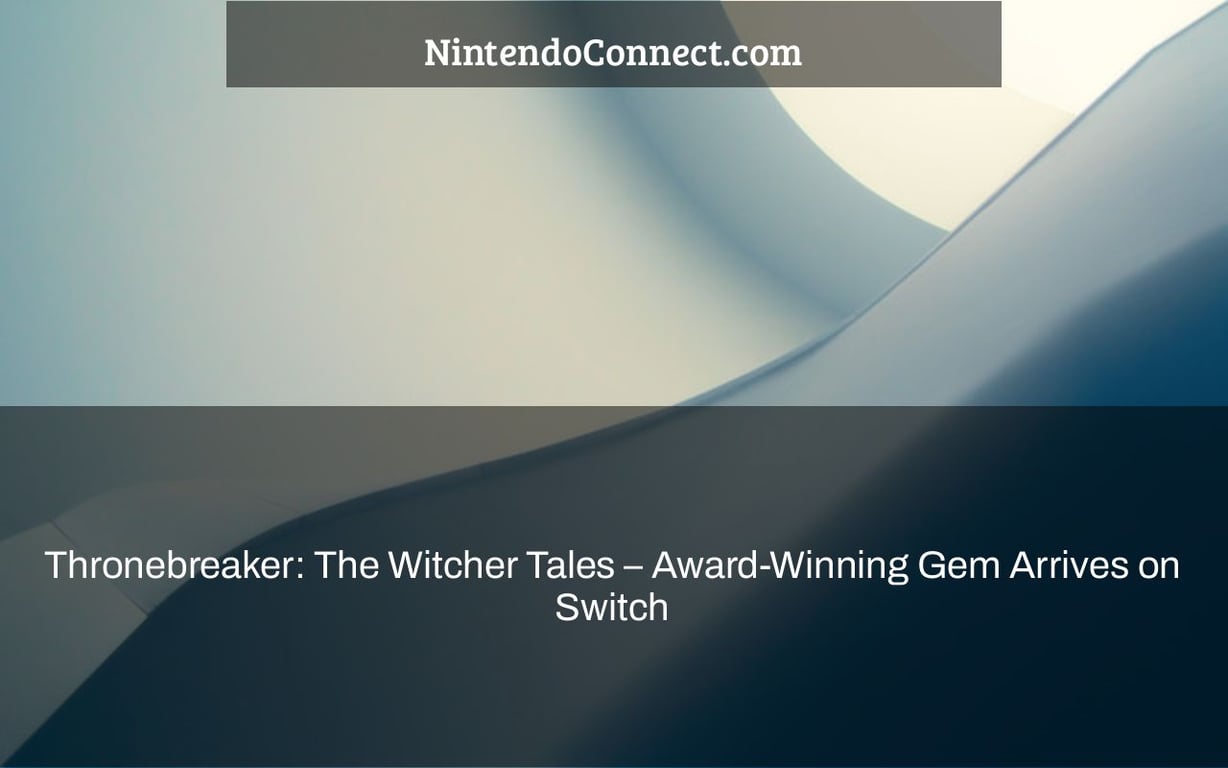 The launch of Thronebreaker: The Witcher Tales on the Nintendo Switch has been greeted with some well-deserved enthusiasm, despite the fact that it was published in October 2018 for PC players and December 2018 for consoles.

CD Projekt Red is proving to be a hit among Switch owners. First, they seemed to have accomplished the almost impossible by bringing The Witcher III: Wild Hunt – also known as The Switcher – on the hybrid system. They’ve now brought over Thronebreaker: The Witcher Tales, a jewel of a game.

What is The Witcher Tales: Thronebreaker?

Thronebreaker: The Witcher Tales is an RPG precursor to The Witcher game series, set on the Continent but with Queen Meve as the protagonist. Exploring five enormous locations in an isometric perspective, making decisions, and fighting in the form of customized card deck battles are all part of the action.

The game was initially created as a narrative mode inside Gwent: The Witcher Card Game, and costs £16.99 ($19.99). The Gwent spin-off, as well as the campaign mode, proved to be sufficient in and of itself. As a result, CD Projekt Red filled out the spin-off of a spin-off to produce around 30-hours of gameplay and plot.

Thronebreaker, a precursor game to The Witcher, should be considered by fans of the series.

In Thronebreaker, you take on the role of Queen Meve, ruler of Lyria and Rivia, who seeks to unify the northern realms via alliances and, when necessary, combat. You’ll be challenged to make decisions and deal with the repercussions throughout the game, with combat taking the shape of a card game.

Queen Meve’s army is represented in the turn-based card game, which you command to fight opposing armies. It creates for exciting gameplay that mixes in nicely with the broader storyline since it is a highly straightforward game with configurable deck building.

Critics and fans alike praised Thronebreaker: The Witcher Tales when it was first published. Through amazing storyline, it manages to extend the universe of The Witcher game series while simultaneously providing a captivating and strategy-oriented card game.

Thronebreaker: The Witcher Tales is a game that’s already ideally suited to the Switch, albeit it’s a totally different experience than playing The Witcher III on the platform. The game will substantially improve your understanding of the universe and better immerse you in the setting created from Andrzej Sapkowski’s books if you accept the deck building and card dueling features.

Thronebreaker: The Witcher Tales, which is now available on the Nintendo Switch, is a genuine jewel that brilliantly enriches CD Projekt Red’s massive gaming world – even without Geralt of Rivia as the protagonist.

Thronebreaker: The Witcher Tales is an award-winning gem that has arrived on the Nintendo Switch. This game is a must have for anyone who loves to play games. Reference: thronebreaker: the witcher tales physical copy.